What. A. Game. The New Jersey Devils have defeated the Florida Panthers, 3-2 in overtime, to force a Game Seven in the Eastern Conference Quarterfinals. Steve Bernier, Ilya Kovalchuk, and Travis Zajac scored for the Devils in a thrilling overtime victory that had fans on the edge of their seats all night long.

The Devils came out strong and ready to play. The crowd seemed to be into it and provided the Devils with a bit of an energy boost. A strong “LET’S GO DEVILS!” chant rang through the rafters at the Prudential Center as the puck dropped and away we went. The Devils fourth line produced the first goal of the night when Steve Bernier netted his second of the playoffs 16:37 into the opening twenty minutes. Ryan Carter and Peter Harrold were credited with the assists. The strong effort and continuous production of the fourth line is no surprise to Devils fans. Bernier has played great all series along with his fourth line buddies. The Devils managed to stay out of the penalty box in the first period; New Jersey outshot Florida 13-6 and took a 1-0 lead into the locker room at the intermission.

With a cheesesteak in hand, I sat down to watch the second period. Something was telling me that the Florida Panthers were not going down without a fight, and I was correct. Tomas Kopecky was called for high-sticking and on the ensuing power play, Ilya Kovalchuk scored his third goal of the playoffs to give the Devils a 2-0 lead. With a little bit of breathing room, the Devils could focus on the defensive aspect of the game. However, Kris Versteeg scored 7:05 into the middle period to cut the deficit to one. After several New Jersey scoring opportunities, Sean Bergenheim tied the game for Florida 12:49 in. Although the Devils held the Panthers to just four second period shots, Florida was able to convert on two of them to even things up going into the second intermission. The Devils would carry over a late power play into the third period and looked to capitalize on the opportunity.

Just six seconds into the third period, Brian Campbell was called for delay of game when he cleared the puck over the glass. This gave the Devils a 5-on-3 for a mere 27 seconds and a 5-on-4 power play afterwards. Unfortunately, New Jersey was unable to score on several chances. Scott Clemmensen remained strong in net for Florida; New Jersey had momentum, though, and after a scoreless third period, Game Six of the Eastern Conference Quarterfinals headed into overtime.

The Devils looked to make the best out of the momentum that they carried over from a strong performance in regulation. Florida opened the overtime period with several scoring opportunities that Martin Brodeur turned aside. Stephen Weiss and Kris Versteeg streaked into New Jersey’s zone in a two-on-one. Zach Parise made an excellent play on the backcheck to thwart the opportunity. After a scramble in front of the net, the Devils were able to skate away with the puck. Parise played it off the boards to Kovalchuk, who criss-crossed with Zajac. Kovalchuk then fed Zajac right in front of the net; Zajac took a step, fired a shot, and danced around the back of the net as the goal horn sounded.

My Thoughts: The Devils played an outstanding game tonight. Zach Parise had a great game and did what we all expected him to do–lead this team to victory. With a pivotal Game Seven coming up, it is important that the Devils look at the good things they did tonight and correct the mistakes. There is NO room for error now. It’s win or go home in Game Seven. With a strong performance by Martin Brodeur, the Devils will be just fine, in my opinion, on Thursday night. The fourth line continues to impress me and I hope that they continue their strong play on Thursday.

Next Game: Thursday (at TBD) at the BankAtlantic Center in Sunrise, Florida. Game Seven of the Eastern Conference Quarterfinals.

Photo of the Night:

Above: Travis Zajac #19 of the New Jersey Devils scores the game-winning goal in overtime against goalie Scott Clemmensen #30 of the Florida Panthers in Game Six of the Eastern Conference Quarterfinals during the 2012 NHL Stanley Cup Playoffs at Prudential Center on April 24, 2012 in Newark, New Jersey. The Devils won 3-2 in overtime. (Photo by Bruce Bennett/Getty Images) 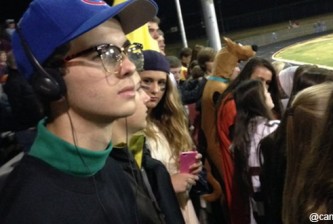 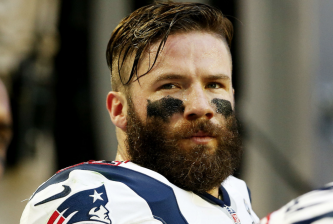 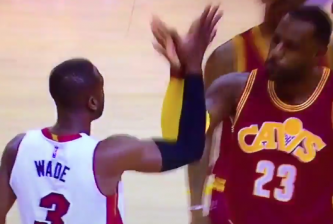 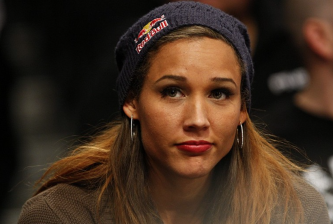 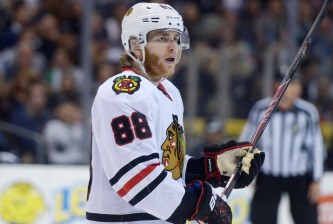 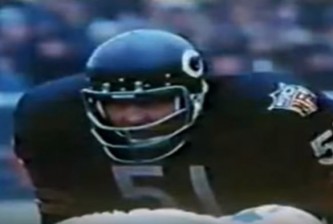 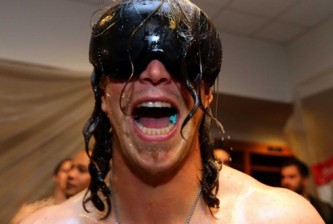