Say what you want about ESPN and I understand they might not be the best source for sports BUT every year they do this Ultimate Standings feature.

Bang For The Buck (BNG): Wins during the past three years (regular season plus postseason) per revenues directly from fans, adjusted for league schedules.

Fan Relations (FRL): Openness and consideration toward fans by players, coaches and management.

Ownership (OWN): Honesty and loyalty to core players and local community.

Stadium Experience (STX): Quality of arena and game-day promotions as well as friendliness of environment.

Players (PLA): Effort on the field and likability off it.

Yea that’s right, the Devils are tops among all the teams in the NJ/NY area. That means we ranked higher than the Super Champion Giants, they Yankees and The Rangers. Oh and also those other teams that call NY home…. 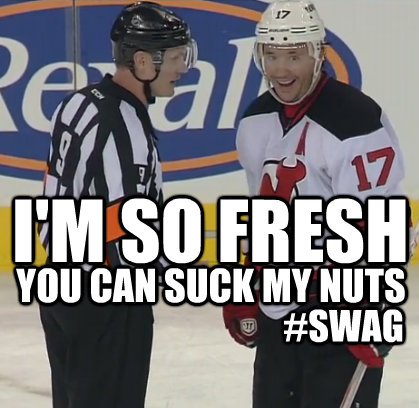