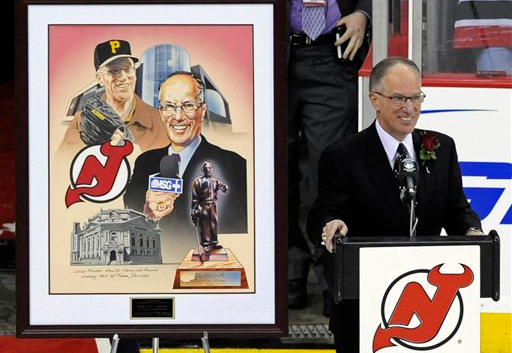 Mike “Doc” Emrick was named Monday by the National Academy of Television Arts and Sciences as the winner of a Sports Emmy for Outstanding Sports Personality - Play-by-play for his work on NHL telecasts for NBC Sports. Last month, "Doc" won a New York Emmy for his work on MSG Network as the Devils’ play-by-play announcer. Congrats Mike "Doc" Emrick, you certainly have a gift and I am glad that Devils fans get to hear that gift the most!!