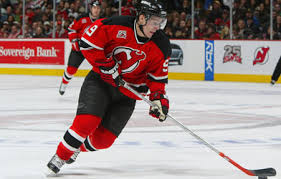 As expected, the Devils filed for club-elected arbitration with Zach Parise before Friday’s 5:00pm deadline. But never fear, Parise fans, as this was actually a smart move by the Devils. All the filing means at this point is that Parise will not be able to field offer sheets from any other clubs if he continues to remain unsigned by the Devils by 12:00pm on July 1, 2011 (at which point he will become a Restricted Free Agent).

It does not necessarily mean that the Devils and Parise will actually attend an arbitration hearing. The earliest date that a hearing would take place is late July, and if the Devils and Parise are able to work out a long-term deal before the hearing date then there would be no need for the hearing. As per Lou Lamoriello, the Devils are continuing to work on a deal with Parise and have filed for arbitration merely as a means to protect the club’s interests by providing more time to get the deal done without the worry of offers coming in from other clubs.

Obviously, this also prevents Parise from being able to test the market and see what other clubs would have offered for him, thereby eliminating the possibility of the Devils being forced to match the largest amount offered in order to keep Parise on the team. Ideally, for both sides, an agreement will be reached before the hearing date.

This year’s RFA class is loaded with talent. Not only does it include Parise, but it also includes the likes of Steven Stamkos and Drew Doughty. It’s fortunate for the Devils and their fans that Parise is eligible for arbitration - allowing the Devils to file for it today. The same cannot be said for the Tampa Bay Lightning and Los Angeles Kings (Stamkos’s and Doughty’s teams, respectively) and their fans. Neither Stamkos nor Doughty have played 4 full seasons in the NHL so far and, as a result, both are ineligible for arbitration. Of course those players can re-sign with their current teams before July 1st, but it would probably be in their best interests to become RFAs and field offers from other teams forcing their current teams to match the best offers they receive (if their current teams wish to keep them).

Do Blockbuster Trades Ever Really Work?
The Outside Corner