The New Jersey Devils shocked the hockey world on Sunday, June 30, when they made a move to acquire Vancouver Canucks back-up goaltender Cory Schneider.

Lou Lamoriello, a hockey genius in the eyes of Devils fans, pulled off the remarkable move by sending the 9th overall pick out west to Vancouver. The Canucks and Devils reportedly agreed to the deal on Saturday night. 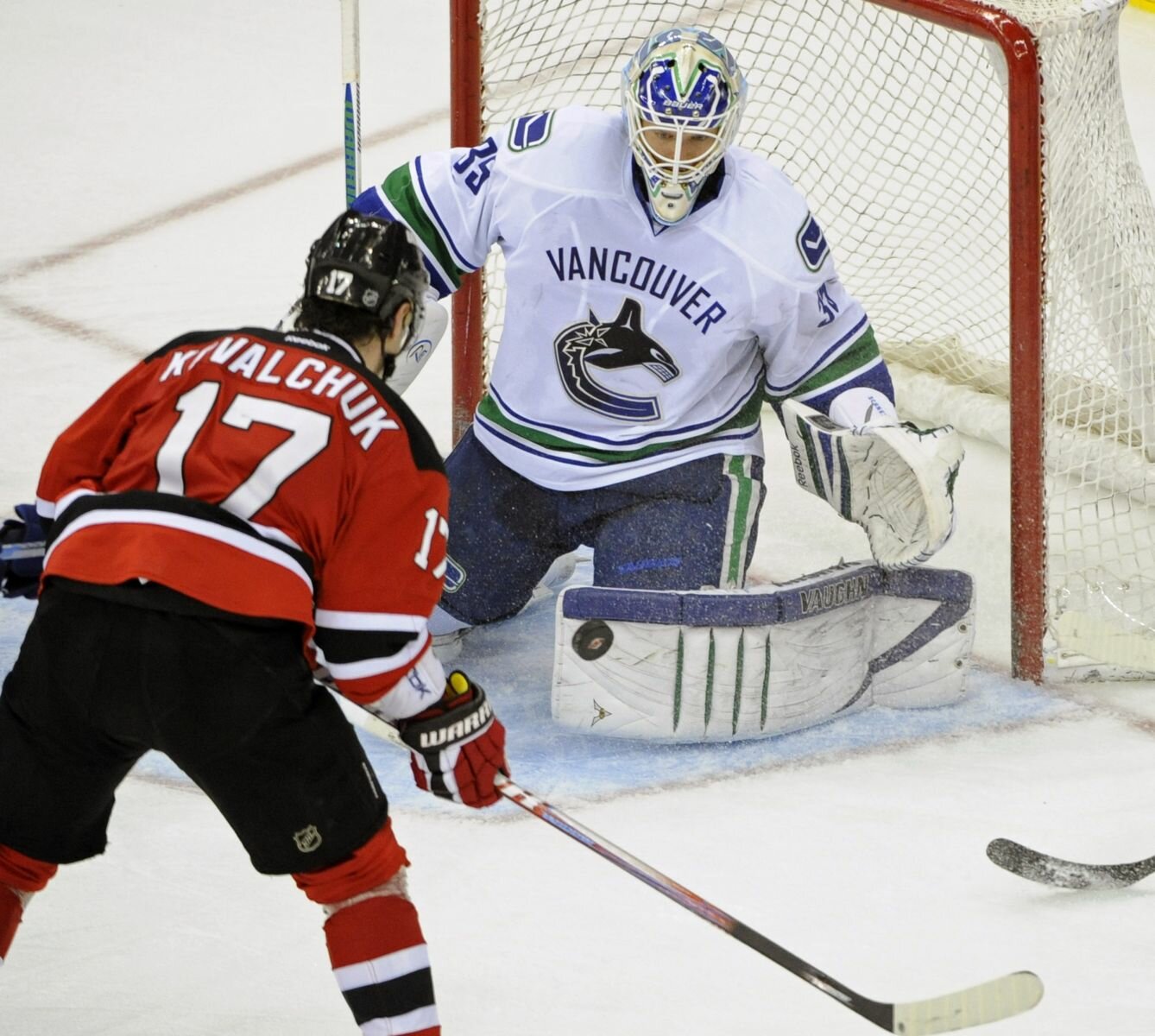 Above: Cory Schneider stops Devils' forward Ilya Kovalchuk at the door-step in a game that the Vancouver Canucks won, 2-1, on February 24, 2012. AP Photo/Bill Kostroun

The move could be defined as one of the "highway robbery" type. The Edmonton Oilers had displayed interest in Schneider, and were ready to make a more serious and hefty offer for him. Surrendering a first round pick in a somewhat-light draft class for a solid goalie-of-the-future seems like a perfectly reasonable idea.

Schneider, 27, was selected in the first round of the 2004 NHL Draft by the same team that traded him. He has collected 55 regular season wins in 98 games at the NHL level. Schneider, who provides an answer to the question, "What happens when Marty retires?," will be given an opportunity to prove his worth in a red sweater.

When asked about the move, Schneider said, "I'm really excited to be coming to New Jersey. I've always followed them; I've been a fan of Marty Brodeur's since I was younger." Now, Schneider will have a chance to learn from one of his idols. Devils fans have to be excited about this kind of move.

Do Blockbuster Trades Ever Really Work?
The Outside Corner

The Demise Of SportsCenter
Awful Announcing