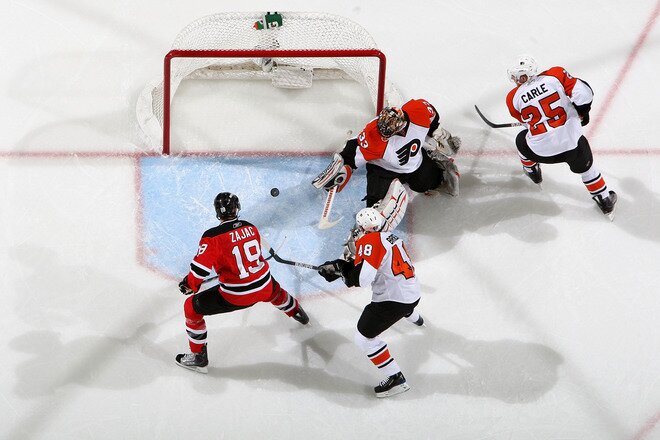 Sometimes I wonder if Devils fans know how important Travis Zajac is!!

Devils center Travis Zajac has been voted one of the league's most underrated players by his peers.

In the CBC's Hockey Night in Canada and NHLPA Player Poll, Zajac was tied with Patrick Sharp of the Chicago Blaclhawks for third most-underrated player in the league.

Loui Eriksson of the Dallas Stars was voted most underrated while Frans Nielsen of the Islanders finished second.

Zajac was the only member of the Devils to be mentioned in all of the voting, which included five players and coaches in several categories.

A total of 318 NHL players took part in the poll.

Here is a link to see all the results: