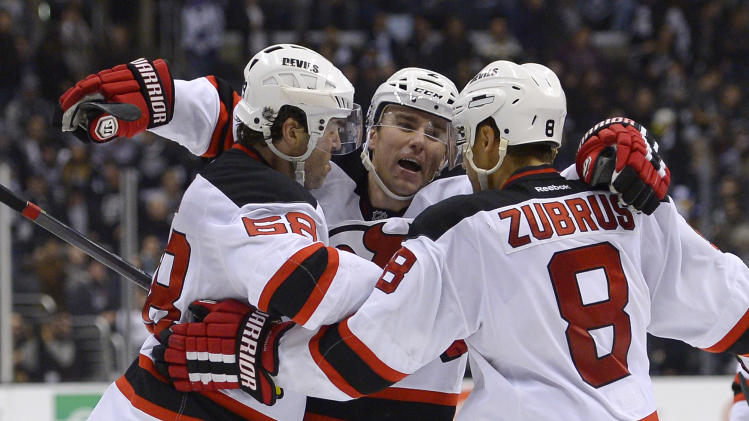 First it was Pittsburgh, who if you watched the Pens/Caps game the other night is a pretty darn good hockey team, and then it was the unbeaten at home Anaheim Ducks and now, it’s the mighty Los Angeles Kings. That’s right, 3 in a row!! I was worried about this road trip because the Devils were going to be playing some pretty decent opponents but I think it is safe to say that despite the outcome in San Jose on Saturday night, this road trip, the one where the Devils beat Anaheim and then Los Angeles on back to back nights is a success!!

Recap later but I think it’s safe to say….

Fan Perspective Of The NFL In London
This Given Sunday

5 Movies That Should Be Remade
The AP Party