Warning: fread(): supplied argument is not a valid stream resource in /home/derok6/public_html/runningwiththedevils/modules/mod_continuous_rss_scrolling/tmpl/default.php on line 83

Warning: fclose(): supplied argument is not a valid stream resource in /home/derok6/public_html/runningwiththedevils/modules/mod_continuous_rss_scrolling/tmpl/default.php on line 84 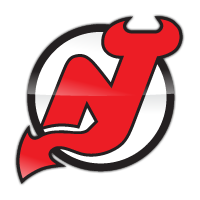 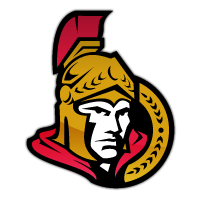 The All-star break is over and most people look at that as being the halfway point of the season even though there are more games played before the break than after. The Devils currently sit in last place in the Eastern Conference, trailing the New York Islanders by 2 points. The Devils have made the playoffs for 13 straight years and trying to extend that streak to 14 straight begins tonight. Of course making it to the playoffs is probably a long shot. To put it in perspective, since the 1993-94 season, the 2008-09 St. Louis Blues are the only team to reach the playoffs from last place in a conference at the All-Star break, and they only had to overcome a nine-point gap. The Devils sit 22 points behind 8th place Atlanta.

Season series: This is the second of four meetings this season. The Senators scored a 3-2 victory in Ottawa on Dec. 10 as Milan Michalek and Jarkko Ruutu scored 2:16 apart midway through the second period and All-Star defenseman Erik Karlsson had a goal and an assist. Devils All-Star forward Patrik Elias and Dainius Zubrus scored for New Jersey.

Devils To Watch: Devils left wing Brian Rolston takes a five-game point-scoring streak into Tuesday's game. He has 3 goals and 4 assists over that span, and has notched 3 goals and 11 points in his last eight games. Martin Brodeur was 5-0-1 in his last six starts before losing in Detroit just prior to the All-Star break. lya Kovalchuk has averaged 23:28 of ice time under Lemaire and has 6 goals in 16 games under the new/old coach; he averaged 21:28 of ice time with 8 goals in 33 games under MacLean.

If the Devils could manage making up 22 points to close the gap and sneak into the playoffs, that would be an amazing 33 games from February to April. That is a monumental task so I am not too hopeful but I do hope to see a team like we've been seeing. Even though they lost to Detroit, the effort was there and they were in it. That is all I want from them. Many games during the first have of the season were disappointing because the effort just wasn't there. Whatever the next few months brings, it all starts tonight!!