The Real Slogans of Major League Baseball
It Didn\'t Take Long For Shaq To Swear On TV
AFC Playoff Preview: Which Joe Flacco Will Show Up For The R
Contrary To Belief, Bud Selig Isn\'t The Anti-Christ
Al Horford Out 3-4 Months With Shoulder Injury
Rosters Set For NHL Fan-Star Game
A Trio Of Alabama Juniors Are Headed For The Pros... Who\'s
AFC Playoff Preview: Patriots Looking To Make A Statement

Season Series: This is the second meeting between the two teams this season. The last meeting was on October 22nd in Pittsburgh where the Devils were handed a 4-1 loss.

What We Think of the Penguins: One of the most talented teams in the league. There are so many weapons offensively that even without Sydney Crosby, they could easily blow this game open and make the Devils end 2011 on a bad note.

What I Am Looking For Tonight: The Devils put in a full 60 minute effort the other night and they skated away with the win in regulation. It was certainly one of their better efforts this season and they are going to need to repeat that kind of performance if they want to beat Pittsburgh. There is a huge difference between the Sabres and the Penguins and the Devils have to be prepared for that. I thought DeBoer did an excellent job with his lines the other night and he’s going to have to do an even better job against Pittsburgh.

Let’s redeem ourselves for a bad showing in Pittsburgh back in October and end 2011 on a high note.

Final Thoughts: I got a lot of heat the other day after I blasted Kovalchuk  for his performance against the Hurricanes. I can’t and won’t apologize for what I wrote or how I feel about the guy.. The only thing I will admit to is that his errant pass could have happened to anyone and it takes a stroke of bad luck to send it 200 feet into your own net. However, for those who say I am too hard on him, let me have you sit on this thought. Believe it or not, the Devils are 1 of 2 teams in the NHL that have 7 players with 10+ goals so far this season. With that kind of balanced scoring, is a guy like Kovalchuk and  his $6.667 million cap hit really necessary?  What’s he adding? Yes, he’s one of those 7 but he’s certainly not doing what Giroux, Stamkos or Kessel are doing for their teams although his paycheck suggests he should be. Just imagine this team if he were.

Don't forget to stay for the fireworks after the game. We wish all our readers a very happy and healthy 2012. 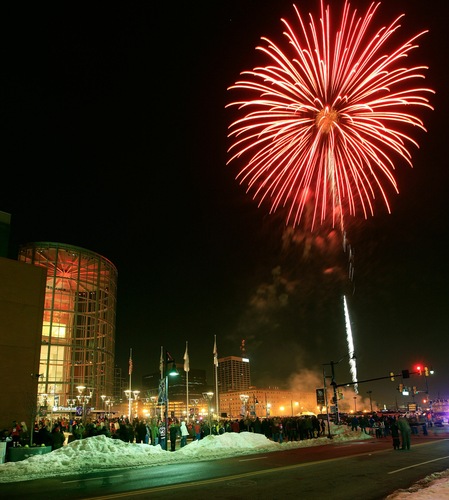