Running With The Devils will return from its brief hiatus this evening as Jersey's Team battles the Boston Bruins. Previews and recaps were not available for the last two games due to personal issues with the writing staff, but things are back to normal tonight.

Content Writer Raj Vaidya is back on board after a brief absence from the blog. Raj will cover tonight's full game recap; Raj provides a lot of energy and enthusiasm to the blog and it is exciting to have him back.

The New Jersey Devils have a tough game ahead of them tonight against the Boston Bruins. With only 12 games to go, every point is bigger than ever; Jersey is going to have to start winning on a consistent basis if they want to make the playoffs.

The Devils currently occupy the eighth seed in the Eastern Conference. Their record of 15-12-9 is not exactly what fans had in mind at this point in the season, but it is good enough--for now. New Jersey is in control of their own fate: continue to win, and they're in. One or two more losses might throw them off that track, so tonight's game is a great place to start winning.

The Bruins occupy the fourth seed in the east with a 23-8-4 record. They are just one point behind the division-leading Montreal Canadiens, who play Winnipeg tonight. A lot is at stake here for the Bruins, so they will be playing hard. Boston has not lost to New Jersey in the last five meetings between the two teams.

Both teams made acquisitions before the trade deadline yesterday. New Jersey acquired winger Steve Sullivan from the Phoenix Coyotes for a future seventh-round pick. Sullivan is on his way to New Jersey for a physical and will not play against Boston tonight. The Bruins added Jaromir Jagr (Dallas), Wade Redden (St. Louis), and Kaspars Daugavins (Ottawa). With new offensive threats, the Bruins will be a dangerous team as we head into the home stretch. 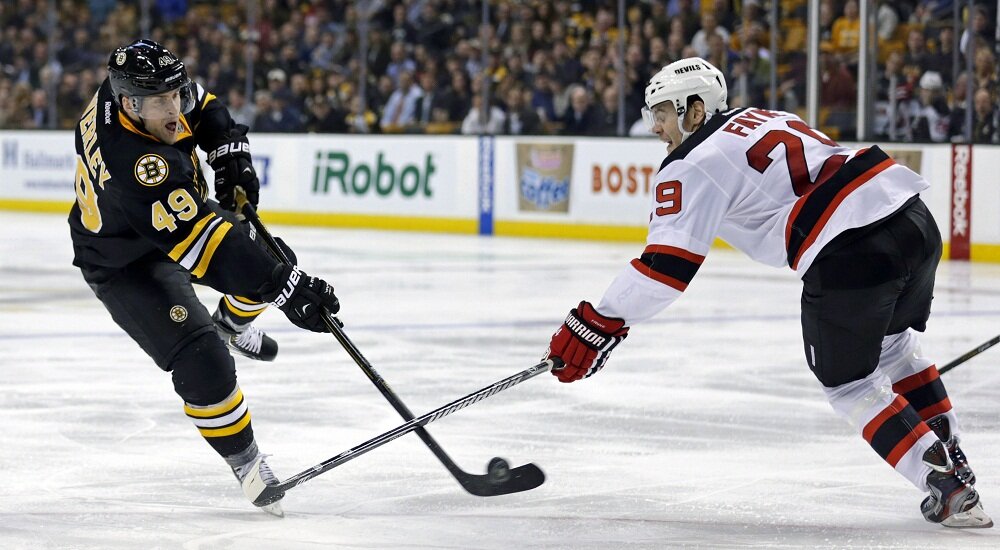 Over their last ten games, the Devils are 3-3-4. The Bruins are 5-4-1. Tonight will be a good match-up. If all goes well, Raj will be recapping a win in his return to Running With The Devils.

Puck drop is set for 7:00. Be sure to follow Scott, Joey, Mike, and Raj on twitter for their latest reaction and analysis to everything New Jersey Devils.

What Weaknesses Do The Contenders Have?
Redskins Hog Heaven

10 Players Who Will Breakout In 2013
Crystal Ball Run

Which QB Performed Best In The Red Zone?
Colts Authority