What Is Wrong In NJ 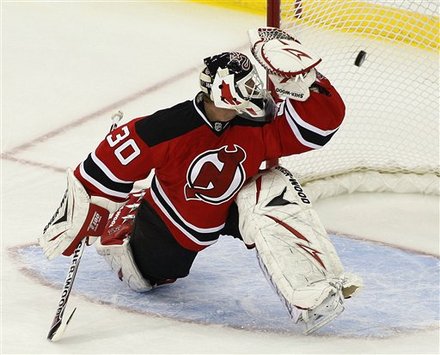 The Devils lost to the Avalanche on Friday night and then got embarrassed by the Bruins in front of their home crowd on Saturday night. So the question is, what's wrong with the Devils?

After losing to Boston, the Devils dropped to 1-4-1. That’s their worst start in 27 years since 1983-84, the team’s second season in New Jersey, when they opened 1-12-0 under coach Billy MacMillan. The problem for me isn't their record because the optimist in me says the Devils could benefit playing bad hockey in the beginning of the season instead of the end, like they have in recent years. No, the problem for me is that the are dead last when it comes to "average goals/game". That isn't what I expect from a team that has guys named Kovalchuk and Parise in the lineup.

On defense, this team isn't doing well either.NJ has given up 21 goals this year which is only one less than the league worst Anaheim Ducks. It would appear the 2nd period is not our friend as the Devils have given up a league leading 12 goals in the second. This is NJ hockey??

Marty Broduer -  Maybe someone needs to explain this to me but I don't understand why Marty was even in the game on Saturday night. I thought that Hedberg was going to start one of the games this weekend and since Marty played Friday night, meant we would see Hedberg on Saturday. We didn't, Marty looked old and tired and we lost. PERIOD!!

Alex Urbom - Certainly struggling over the last couple of games, the Devils decided to ship him back to Albany and recalled Olivier Magnan-Grenier. I think the writing was on the wall Saturday night for this kid when MacLean benched him for the 3rd period.

Now, it is way too early to panic and I am not nowhere near that level. (My football team is a different story but thats not discussed here!!). MacLean was caught switching lines in practice this morning which is a very good thing because maybe it will generate some scoring, something the Devils need to do badly!!

The Devils get a couple of days to work on things and develop a good game plan. The don't play again until Thursday when the Devils head to Montreal and historically, Marty has been pretty good in front of his hometown.