With the 2011 off-season moving along at a snails pace (especially since there is still hockey to be played for other teams) I thought I would spend today looking at buyout options for the New Jersey Devils. It's no secret that the Devils have very litle room in their cap space and have a pretty important player to try and sign. That is, of course, unless the Devils go the arbitration route with Parise in an effort to buy more time to sign a long term deal.

The period in which a team can buyout the remaining part of a players contract for a reduced penalty is coming up. That period is from June 15 - June 30th (and of course again once a team is finished with all arbitrations but you can only buyout players that have gone through arbitration.)

So are there any Devils that I would buy out in order to create room? I believe there are but please keep in mind that buying out a player doesn't create an enormous amount of cap space and leaves a team trying to replace that player.

Colin White is 33, not even close to being the physical defenseman that he once was and contributes nothing offensively to this team. When you're a defensive defenseman and your team is coming off a year in which they really struggled defensively, you can pretty much guarentee your name is coming up in this conversation. Not that I am a proponent of signing Andy Greene, but buying out Colin White would give the Devils the money to do so. A veteran presence on the blue line is important and I am for buying out Colin White if and only if Bryce Salvador is healthy enough to return to the Devils blue line. Alexander Urbom is young, physical defenseman that could give the Devils what they once had with Colin White. 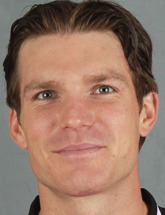 I'm tired of waiting for this guy to come around. Every year I think this could be the year of David Clarkson. I've thought that the best way for Clarkson to produce for this team is to play Randy McKay style hockey, camp out in front of the goalie and pound home rebounds but he doesn't do that often enough for me and more times that not, he disappears offensively. He contributes very little on the power play and isn't very good on the defensive side of the puck. The one thing David Clarkson is good at, is throwing fists. He has led the Devils in Major Penalties since his arrival in 2007 and I certainly don't want to downplay the importance of fighters in the NHL but it isn't enough for me. The problem is, when David Clarkson shows up at the rink to play and bang bodies around and help his team win, he does a very good job at it but he doesn't do it consistantly enough to warrant such a large contract, therefore he has to go.

This is one I go back and forth on all the time. The truth is, Zuburs was never a guy that was going to light the lamp as much as his contract dictates that he should. I never really understood why so much money was thrown at a guy thats a 15/20 goal scorer and 25/30 assist man. If there is anything that Zubrus brings to the table, it would be his size but while I wish he threw more open ice body checks, he's fantastic at using his size against the boards to battle for puck possesion. He is certainly one of the better faceoff guys on the team.

I honestly only listed him here because he has buyout potential. I'm not sure I am willing to pay the cost of the buyout vs just keeping him on the team and using the few things he does well for us. As for White and Clarkson, I am sold on getting them off of our team. If the Devils could trade Clarkson, I believe they should but I don't think the trade value for him is very high and even less so for White and Zubrus. The real problem with buying out anyone is that the cap benefit is really minimal but when it comes to signing Parise, maybe that extra $1 million in cap room with make a differance.

What do you think?